Do you want to visit the works by Gaudí?. We are very lucky to have been able to visit all of Gaudí’s works in Barcelona. Some even several times. It is impossible to get tired with the works that this great architect left us. Thanks to them, and to other attractions, Barcelona has become a destination in which many tourists visit the city especially to admire its legacy.

The great work by Gaudí unfinished. The construction of the Expiatory Temple of the Sagrada Familia began in 1882. It is still being built. The slowness is due to the fact that Antoni Gaudí wanted it to be built with the donations made. It is one of the most visited works of Gaudí in the city. The technological advances and the greater number of donations that is also achieved with the sale of tickets, is estimated to be completed in 2026. We will see …

The Park Güell was going to be an urbanization for the wealthy people to build their residence in this exclusive area. Eusebi Güell ordered its construction. It was made between 1900 and 1914. Due to the special characteristics that were requested for the construction, only 2 houses of the 60 that were intended to be built were built. One was the residence of Gaudí and the Casa Trías ) Trías House.

The Batlló House was a complete remodeling of a building that already existed. The works lasted from 1904 to 1906. It is located on the Paseo de Gracia in the famous block of discord. It has neighbors to other illustrious buildings of Catalan modernism. The building has a direct relationship with the legend of Sant Jordi that can be appreciated and as in many of his works a close link with nature.

Milá House, best known in Barcelona by La Pedrera (Quarry). It was built between 1906 and 1910. It is also located on Paseo de Gracia. This building belongs to the naturalist stage of the architect so many structural solutions are based on nature. Together with the previous works of Gaudí, it is one of the most visited in Barcelona.

The Palau Güell has been one of the last works we have visited. It’s bad to say, but we never had the intention of visiting him. Now that we know it, we will return. It may be one of the works by Gaudí least visited by the people of Barcelona.

This building was the first important commission. He was asked by his friend Eusebi Güell. The palace was built between 1886 and 1890. It is a work of art, Antoni Gaudí displayed all his ingenuity and created a beautiful building. One of its best known symbols are its chimneys. It is located on Nou de la Rambla Street, next to the Rambla.

This modernist house was commissioned by Mr. Manuel Vicens. I wanted Casa Vicens to be a second summer residence. This building is open to the public since 2017. In the construction there are influences from the eastern period of Gaudí. There is also a lot of tiles in the decoration. Our visit to the Vicens House.

If you have been able to visit «El Capricho» in Comillas (Cantabria), there are some tiles that you will surely find familiar, sunflowers. The house was built between 1883 and 1888.

The Bellesguard Tower is a building built on the ruins of an old castle. This was reason enough to inspire Gaudí and create one that reminds of this type of fortifications. The history of this beautiful construction is full of curiosities and legends.

It was built between 1900 and 1909 and fortunately a few years ago it was opened to the public and we can enjoy this unique house.

Once again, his great friend Eusebi Güell gave him a new assignment. In this great farm that the Güells had in their time, they needed Gaudí to make the stables. It stands out in this work that took place between 1883 and 1887 the door of the entrance presided over by a dragon.

In addition to the stable and the door, he also made the house of the goal. Currently there is a project to restore the pavilions and restore the splendor that it had.

To finish our tour we can not leave aside the Colonia Güell. To visit it, you have to go outside of Barcelona. It was a place where workers of Mr. Güell lived. Thanks to his love for culture, he wanted the workers to have it accessible too. It provided the colony with cultural and religious equipment, something atypical in the industrial colonies.

Among the buildings that stand out in the colony of modernist style, is the jewel of Colonia Güell, the crypt. He applied techniques that he would later use in the Holy Family. This building is not finished, it should be bigger but it could not finish it.

Is there any more work?

If you go to Palau Güell nearby is the Plaza Real (Real Square), the lampposts that are in the square were designed by Antoni Gaudí.

There are other works by Gaudí but they are privately owned and you can not visit them only from the outside, but that should perhaps go in another post. 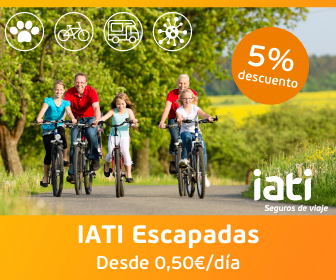